I recently got a HTC Incredible to replace my aging LG Chocolate. One feature of the Incredible was video out. Specifically the ability to output composite video to a TV. The cable was first demoed by WireFly here: http://www.youtube.com/watch?v=eJyt463AoOA And since then threads like these have started trying to hunt down the cable. And it looks like one day it may be sold here or here. But for the time being this cable is not being sold anywhere, and there is a rumor that it may never be commercially sold.

Luckily smokeynerd over at XDA Developers made a cable for himself and got the pinouts of the extra 7 pins in the Incredible’s Micro-USB port. See this thread: http://forum.xda-developers.com/showthread.php?p=6647344. With this information I set out to make my own cable. My first attempt was just to verify that it worked, and it was a success. I used alligator clips and needles to make the connection to the video out and ground. But this was not a practical solution because I needed to hold the needles in just the right place so that they would make contact. 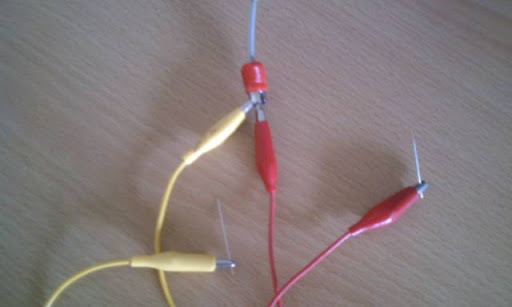 Now that I knew that it worked I set out to find something a little more practical. I found a ribbon cable that was just the right size and had the correct pin alignment in an old laptop, (By old I mean it was so old it used the same processor as a desktop, think under 100Mhz). Without thinking twice I scrapped the laptop and used the cable. This ribbon cable was not enough on its own, I also used a standard micro-usb cable to hold it in place, which also allowed the Incredible to charge/sync while the video out is in use. I used two alligator clips much like I did the first time to make the connections to the TV. Below you can see the ribbon cable and micro-USB. 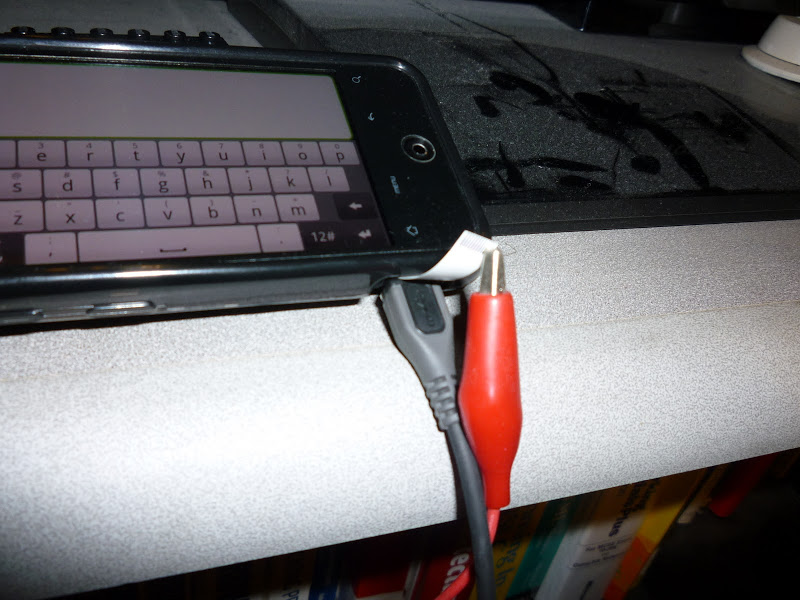 Here is a video of the final result:

It works, but I will still be looking into improving it, specifically removing the need for alligator clips. I also noticed that a few pixels are being cut off. This is not a limitation of my cable, this is probably software related, but could possibly have something to do with the Incredible’s video out hardware. When In landscape mode about 5 pixels are missing from the left and when in portrait, both the top and bottom are being cut off. There are also bars on the TV (At least on mine) that go around the entire image, reducing the Incredible’s viewing aria. I was also unable to get the audio to work via this connector, and the Incredible disables its speaker when using video out, however the headphone output still works.

UPDATE: I was able to fix the missing pixels and bars by adjusting my TV’s "picture size". But I need to re-adjust it every time it switched from landscape to portrait or vise-versa. Hopefully this is just a problem with this particular TV. Below you can see the Phone’s screen without any bars or missing pixels on my TV. 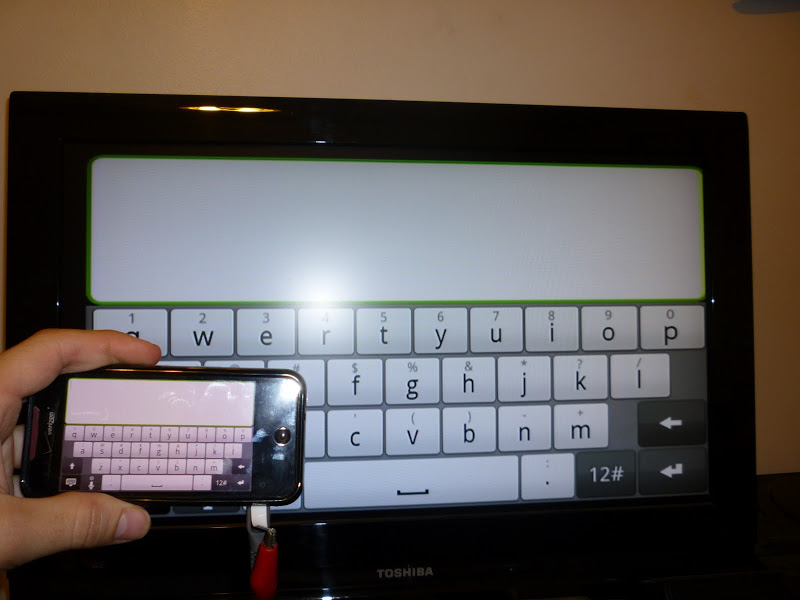 This guide will tell you how to let a windows computer make use of your N810’s GPS as if it was its own. While the Nokia N810 does not have the best GPS in the world it is still…

PXE is a method for booting an operating system over a network, it stands for Pre-Executable environment. Here I will show you how to build a PXE server to boot and or install operating systems over your network. Installing the…